Dim the lights and gather your loved ones for these binge-worthy Hollywood favorites.

As the cold wind howls and the days grow shorter, now is the time of year to cozy up in front of the tube with friends and family. Satisfy your binge-watching fix with these Hollywood-favorite movies and TV shows that feature characters with hearing loss:

Keep reading about these critically-acclaimed movies and TV shows that showcase hearing loss in Hollywood below.

Directed by and starring John Krasinski, known for his roles in The Office and Tom Clancy’s Jack Ryan, A Quiet Place is a horror film featuring a family that is forced to hide from monsters with ultra-sensitive hearing in a post-apocalyptic world. In the movie, Millicent Simmonds plays Regan Abbot, Krasinski’s deaf daughter. He cast Millicent specifically because she is genuinely deaf, and he wanted the film to be authentic. A Quiet Place has received seven awards and many nominations, including a People’s Choice and MTV Movie & TV Award.

Starring alongside Julianne Moore, Millicent Simmonds is again cast in another pivotal role in a movie that features a character with hearing loss. Wonderstruck is a story of two children, separated by 50 years. Millicent’s character, Rose, is a child in 1927 searching for her idol who is a silent screen actress. Winner of the International Cinephile Society (ICS) Cannes Award in 2017, Wonderstruck has also received several nominations and recognition from many other film guilds across the country.

Marlee Matlin plays FBI agent Jocelyn Turner, a Season 3 Quantico character who lost her hearing after an IED explosion. Following the incident, Joceyln was recruited for a strong role on a special black ops unit on this People’s Choice Award-winning TV show featuring a character with hearing loss. In this interview, Marlee talks about how some of the hearing Quantico cast used a bit of American Sign Language (ASL) to communicate with her, stating they were the most “supportive and collaborative” group she’s worked with.

Starring award-winning actress Meryl Streep, the River Wild is an adventure film about a rafting expert who faces a harrowing encounter with armed killers on a mighty river. While the characters in this film do not have hearing loss, Meryl’s character and her family use American Sign Language to outsmart the bad guys, drawing attention yet again to the power of non-verbal communication. A Golden Globe and Screen Actors Guild nominee, The River Wild is a spectacular adventure featuring many twists and turns.

A moving love story between an energetic speech teacher and his troubled deaf colleague, Children of a Lesser God stars William Hurt as James Leeds and Marlee Matlin as Sarah Norman in her very first film. The story centers on the relationship between James and Sarah as he encourages her to express herself and pursue her ambitions. Marlee is the first deaf performer to win an Academy Award for Best Actress and a Golden Globe for Best Performance in this drama film.

Learn more about Marlee and other inspirational celebrities with hearing loss here.

A recent Academy Award winner for Best Live Action Short Film, The Silent Child features a 4-year-old deaf girl named Libby who was born into a hearing family that is not familiar with Deaf culture. After bonding with a social worker who teaches her to use sign language, Libby discovers a new way to communicate after living in a world of silence. This film is just 20-minutes long but is a moving and far-reaching true story that shines a light on deafness and sign language.

Cole Holland is the son of a struggling composer and avid music-lover played by Richard Dreyfus in Mr. Holland’s Opus. After learning as a child that he is 90% deaf, Cole and his family learn how to communicate with each other. A powerful moment is when Cole’s father helps him experience the same joy of music that he loves so much. While there are other sub-plots in the movie, Mr. Holland’s Opus is an uplifting story about hearing loss and its impact on relationships. This film was nominated for an Oscar and Golden Globe and won awards including a BMI Film Music Award and Young Artist Award.

The character with hearing loss in this biographical film is based on a real-life person named Richard Pimentel. After discovering his talent as a remarkable public speaker, Richard lost most of his hearing and developed permanent tinnitus as a result of fighting in the Vietnam War. Music Within profiles his challenges, growth, and achievements upon returning home, including his contributions to the Americans with Disabilities Act (ADA). The film won an Audience Award from the Dallas International Film Festival and was nominated for a St. Louis Film Critics Association Award.

Do you know a veteran with hearing loss? Learn three ways Heroes with Hearing Loss can help.

Marlee Matlin graces our list once again – this time for her role in the long-running political television drama, The West Wing. Her character, Joey Lucas, is a feisty and highly-talented pollster and political operative who also happens to be deaf. Marlee’s character was one of the few non-starring roles appearing in all seven seasons. Winner of two Golden Globe Awards, and earning other recognition and nominations, The West Wing is a binge-worthy show that featured an endearing cast of characters.

From ABC Family Studios, Switched at Birth is a TV show about two teenage girls from different backgrounds who learn they were switched at birth. While the actress who plays Daphne has Meniere’s disease and experiences intermittent hearing loss in reality, her character is deaf. This lighthearted show featuring a character with hearing loss has won eight awards, including two ALMA awards and a Peabody Award. It was also nominated for the Teen Choice Awards for three years in a row.

Hearing loss is far more prevalent than many people realize. Being able to see authentic characters with hearing loss portrayed in popular movies and on mainstream television programs better reflects the makeup of society and helps to increase awareness that having hearing loss is merely one characteristic of interesting, complicated, and compelling individuals. For more articles on hearing loss, visit our blog today. 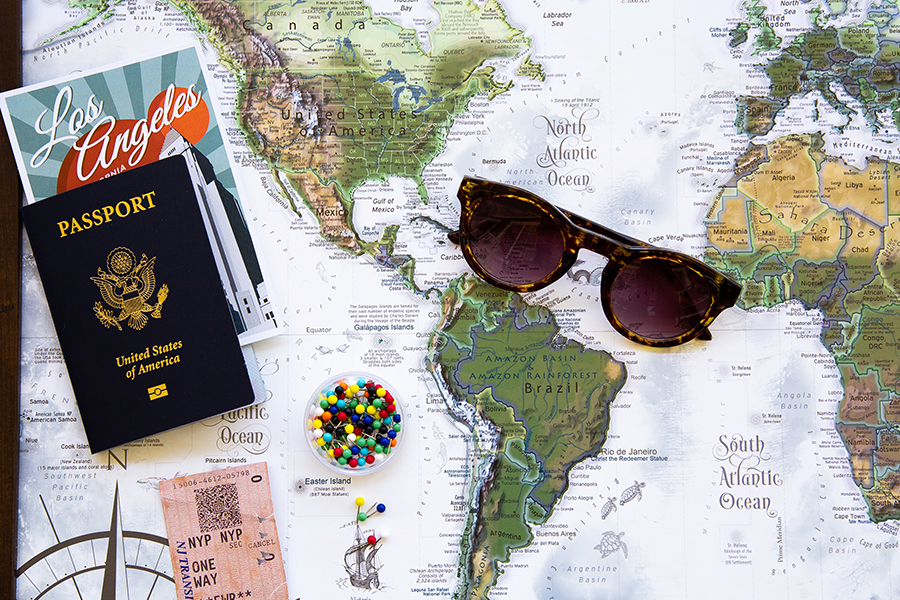