How these well-known role models can encourage us to be our best. 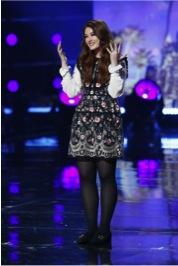 Do you have a celebrity you admire? Most of us do. Whether their talent, bravery, or good deeds intrigue us, famous people we respect can have a positive effect on our lives, especially if they’ve overcome adversity. We’re particularly inspired by the following celebrities with hearing loss because they’ve shown us that no matter what challenges we may encounter, we can achieve our dreams if we set our minds to it.

Mandy Harvey left a major impression on American viewers when she appeared on America’s Got Talent, season 12 in 2017. The singer and songwriter suddenly lost her hearing due to a connective tissue disorder while she was studying vocal music education at Colorado State University in 2006. But this didn’t hold her back from making beautiful music. She still performs today, using visual tuners to help her find the right pitches.

Harvey currently works with many non-profit organizations to help others overcome their personal barriers, including No Barriers USA and Invisible Disabilities Association. She was also named a HearStrong Champion by the HearStrong Foundation for her work in helping people living with hearing loss. Harvey will be performing at this summer’s Hearing Loss Association of America (HLAA) Convention in Minneapolis. 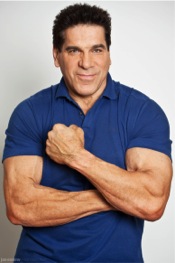 Lou Ferrigno may be best known for his role in television’s The Incredible Hulk. But this actor, speaker, fitness trainer, and retired bodybuilder also inspires others with his journey of resilience. Ferrigno has been living with hearing loss since the age of 3. A series of childhood ear infections caused him to lose 75 percent of his hearing at such a young age.

Throughout his career, Ferrigno has remained determined to overcome his personal challenges with hearing loss and, as a result, enjoyed many decades of celebrity success. Beginning in 1973, he earned the International Federation of Bodybuilding & Fitness (IFBB) Mr. America title and holds the Guinness Book world record for winning IFBB Mr. Universe at the young age of 21. He went on to receive many other bodybuilding accolades before beating out Arnold Schwarzenegger for the iconic Incredible Hulk role.

He has remained active in fitness and entertainment in the years since and recently launched a Ferrigno FIT, an online community to promote healthy living, with his family.

Marlee Matlin is a poised and Academy Award-winning actress, author, and activist who became legally deaf at 18-months-old from a childhood illness. Even in the face of adversity, her courageous and determined spirit led her to pursue a show-stopping career in the spotlight that landed her many successful roles on movies and television shows, such as Children of a Lesser God, The West Wing, and Dancing with the Stars.

Matlin uses her star power to advance the initiatives of several charitable organizations that are meaningful to her, including American Red Cross, Children Affected by AIDS Foundation (CAAF), and Easter Seals. She was also an outspoken supporter of Closed Captioning legislation that ensures that people who are deaf and hard of hearing have better access to live and streaming entertainment. 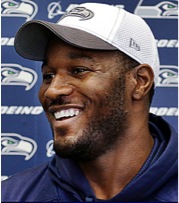 Derrick Coleman is another inspiring celebrity with hearing loss who defied the odds to pursue his dreams. He is the first offensive player in the NFL with total hearing loss. At the age of 3, he was diagnosed with a genetic hearing disorder that would eventually cause deafness. As a result, Coleman experienced bullying as a child from both classmates and teachers, but this didn’t hold him back from playing football in high school. He became so successful that he eventually went on to play in college.

After playing football at UCLA, he was drafted in the NFL as a fullback for the Seattle Seahawks and became the first person with hearing loss to play in the Super Bowl. He made his debut with the Atlanta Falcons in a victory over the Chicago Bears on September 10, 2017.

When on the field, Coleman wears hearing aids in both ears and learned to read lips. He attributes his success to a positive outlook and encourages others to achieve their dreams, no matter the hurdle.

Hearing loss is much more common than you may think. You are not alone. To read more articles about living your best life with hearing loss, browse our CapTel blog today.