Mobile telephones are the norm now, allowing people to stay connected constantly while on the go.  In the past, hearing well on a cell phone has often proved challenging for people with hearing loss, especially for people who wear hearing aids.  Recent FCC requirements, however, have encouraged new developments in mobile phones that take hearing loss into account.  In addition, new apps from Sprint and Hamilton give smartphone users captions of everything their caller says.

If you are considering purchasing a new cell or mobile phone, here are some tips for finding a hearing aid-compatible phone that works for you.

General information
In the past, it was very hard for people who wore hearing aids to communicate on a cell phone because of interference between the two devices. In a recent ASHA podcast, senior accessibility specialist with the U.S. Access Board, Tim Creagan, tried to give an idea of the problem caused by interference:

“The closest example I could provide, for someone who does not wear hearing aids, would be the sound that a fluorescent light makes when it’s about to burn out and there’s a hum in the air…and so rather than hearing anything, what you’re having is you’re experiencing the sound being drowned out by this noise,” Creagan said.

However, today, the Federal Communications Commission (FCC) requires mobile phone companies to develop phones that are hearing aid compatible. The improvement in the phones greatly reduces the likelihood of sound interference. Hearing air manufacturers have also addressed the interference challenge. Today, many cell and mobile phones work well together with hearing aids with only minimal interference.

Phones are given M (microphone) ratings between M1 and M4, though companies are only allowed to produce phones with a minimum of an M3 rating. The higher the M number, the clearer the sound over the phone. Phones also have a T rating to signify their compatibility with the telecoil function on hearing aids. Additionally, hearing aids have T and M ratings. The higher the rating, the more compatible the devices and the less interference you should hear during a phone call.

Still, as Barbara Battat, the former executive director of HLAA, recently said in the same ASHA podcast, it’s important to try the phones before you buy them. Battat recommends purchasing your phone at a company-owned store because they are required by the FCC to let you try phones before purchasing them. 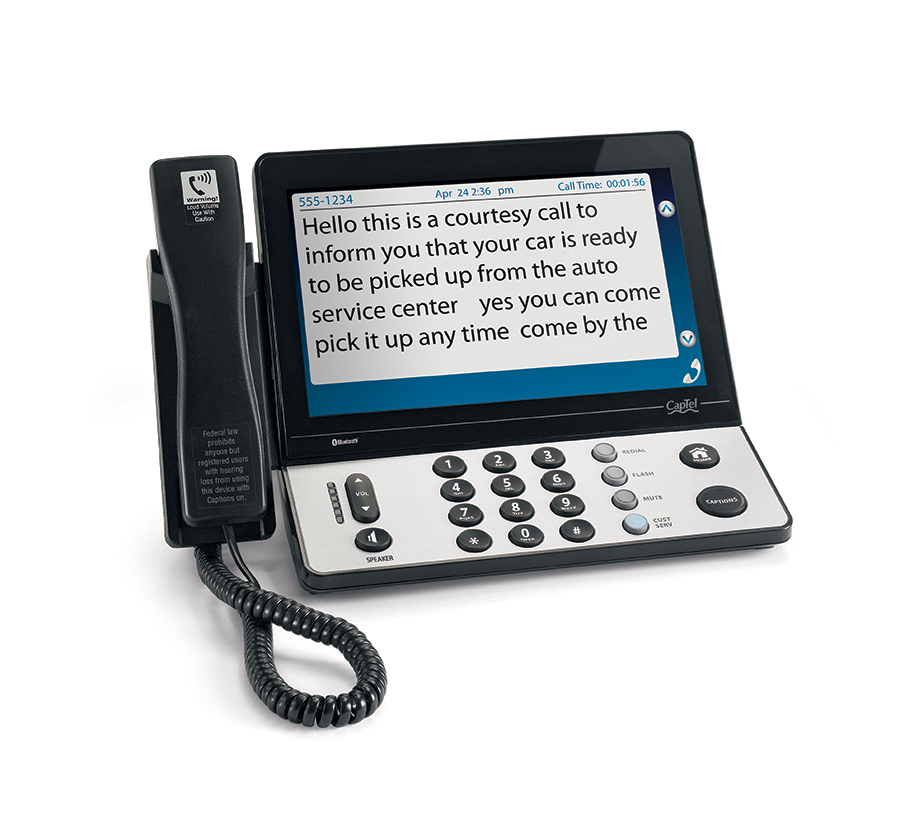 12 CapTel Hearing Loss Telephone Resources You Should Know About

Interested in a CapTel hearing loss telephone? Browse through this guide for helpful resources and tips to choosing or using a new phone.

Using Your CapTel Phone: A Guide

Your CapTel phone is designed to make talking on the phone as enjoyable and simple as possible.

Getting the most out of your CapTel Calls

previousGetting used to your new hearing aids
nextGear up for flu season with these immune-boosting foods
Tags:Hearing Aids